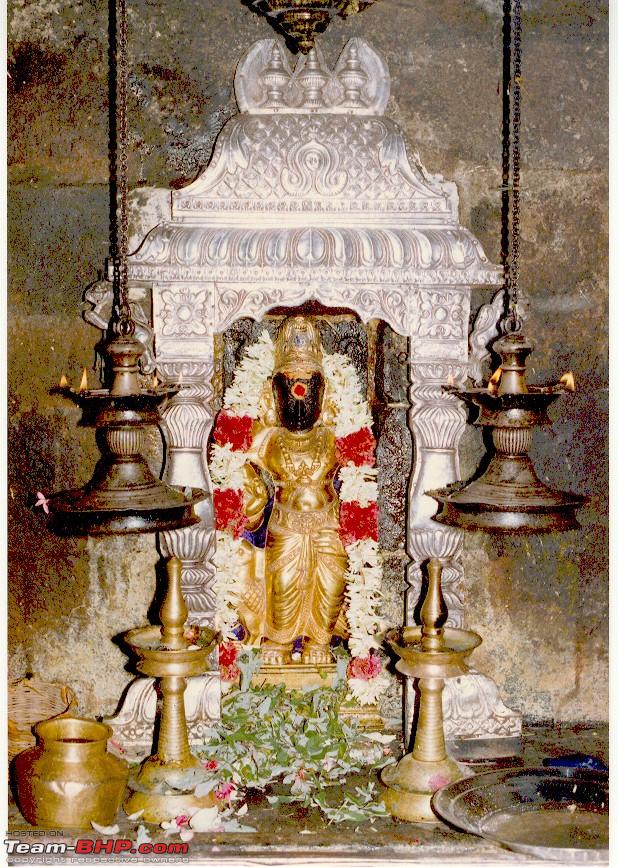 Everyone experiences the malefic effects of Saturn at some point in their lives. These periods in their lives are characterised by high stress, loss, death and delay. Some people are also known to rise to great heights during periods of Saturn transit. Saturn is the dispenser of karma and usually our experiences during periods of Saturn transit is a direct result of our actions in the past and in previous lifetimes.

In order to mitigate the ill effects of Saturn and magnify the positive effects, it is advised that all people offer worship to Lord Saneeswaran.

If Saturn is the ruling planet in your horoscope, or if Saturn has a malefic effect in your horoscope or if you are undergoing a period of Saturn transit then it is even more important that you offer prayers to Lord Saturn (Saneeswaran) at Thirunallar temple.

The following people are encouraged to offer prayers and puja at Thirunallar Saneeswaran Temple.

Those who are undergoing Shani MahaDasa or Shani Bhukti. Shani Mahadasa lasts for 19 years. Those who were born in the ‘Poosham, Anusham and Uttirattati Nakshatras, will have their first Dasa as ‘Shani’.

Apart from some other placements, the following placements are considered bad for Saturn:

The above basically illustrates that all of us are under the influence of Lord Saneeswara at some time or the other and are affected to varying degrees. Offering worship at Thirunallar Saneeswaran Temple will give immense benefits to devotees.

During periods of Saturn transit, mighty people have been bought down to their knees. But these same transit periods have also made kings out of beggars. Instead of fearing the malefic effects of Saturn, we should develop an understanding that we are only experiencing the effects of our past karma.

Lord Saneeswaran is an impartial dispenser of the merits of our karma. In one story Saturn goes to Lord Shiva to express his discontent and he says that he is upset because people fear him and dislike the periods of his transit. In response, Lord Shiva consoles Saturn and says that Lord Saturn is only doing his duty by being an impartial dispenser of Karma. Thereafter Lord Shiva confers the title of ‘Eswara’ or ‘Lord’ to Saturn. It is after that Saturn is called Saneeswaran or Lord Saturn. No other planet in the horoscope has been conferred with the title of Eswaran.

As we are experiencing the fruits of our karmic action there is not much use in performing remedial actions for Lord Saturn. What is instead helpful is to develop an attitude of devotion to Saneeswaran and adopt a philosophical attitude. By offering prayers and puja at the Thirunallar Saneeswaran temple one can develop an attitude of devotion. This devotion leads to a calm mind that prepares us to the accept hardship that we will have to face during the difficult transit periods.

It is through these hardships we will learn valuable lessons like discipline, responsibility, endurance, and the strength to pursue our dreams and ambitions. Saturn’s lessons require you to persevere through trials and to build toward mastery step by step

For over a thousand years Hindus have visited this temple and have found their misfortunes and bad luck to decrease as this is the only temple in the world where Lord Shani lost his power to Lord Shiva.

We are here to offer pujas on your behalf

It is not always possible to travel to the temple to offer pujas, don’t worry we are here for you.

If you order a puja through us we will ensure that:

The significance of the Temple

Thirunallar Temple also known as Darbaranyeswara Temple is the most famous temple dedicated to Lord Saneeswaran.

At some point or the other, every human being undergoes sufferings, hardships and setbacks caused by Planet Saturn in our Horoscope. By offering pujas at the Thirunallar Saneeswaran temple we can hope to get some respite.

Legend has it that under the malefic influence of Saturn, King Nala undergoes untold hardships. He loses his Kingdom, is separated from his wife, is transformed into an ugly dwarf and lives a life of penury.

King Nala then offers prayers to Lord Saneeswara at Thirunallar Temple and takes a bath in Nala theertham (the temple pond). Finally, Lord Saneeswara is appeased and King Nala regains his kingdom, wife, and happiness.

Since that time millions of devotees from every nook and corner of our country visit this temple to get relief from hardships inflicted by Lord Saturn.

Continue reading about the significance of Thirunallar Temple

Location and History of the Temple

Thirunallar, the holy place of Lord Sani is situated approximately 5 km’s from Karaikal. Karaikal comes under the jurisdiction of the Pondicherry Union Territory.

On reaching the temple that is ideally situated between Arasalaru and Vanchai rivers people can witness crowds of devotees from across the country and even different countries of the world.

The entrance of the temple is guarded by two Dwara Balakars who have four hands each. At the end of the east street of the temple, the statue of Saint Thirugnanasambandar’s is housed in a beautiful mandapam.

Continue reading about the procedure for offering pujas at Thirunallar Temple

I bow to Lord Shani, who is black in colour and son of Sun and born to Chaya and brother of Yama, who moves very slowly.

Saturn (Shanidev) being the most malefic planet among all the planets, moved into its own zodiac sign Capricorn on January 24, 2020, and is expected to stay there till April 28, 2022. Post-April 2022 Saturn will enter Aquarius and will subsequently go into retrograde mode and will re-enter Capricorn again. It will finally move back to Aquarius from January 17, 2023.

Taking this pattern of movement into account, there is no visible transit by Saturn in the year 2021. It is expected to change only its position from one constellation (nakshatra) to another. This translates into the fact that Saturn will remain seated in Capricorn this year, but it will affect the natives of every rasi.

I am a great devotee of Lord Saneeswara. I always feel I have a special connection with Him. He is my Lagna Lord and all my three children were born on a Saturday! I have received many benefits in my life through the worship of Lord Shani. To those people who cannot visit the Temple, I offer the service of getting the puja done on their behalf and making sure they get prasadam. I am offering this service since 2011 and have helped people living in over 50 countries. It is wise for everyone to worship Lord Shani and I encourage you to do so today!